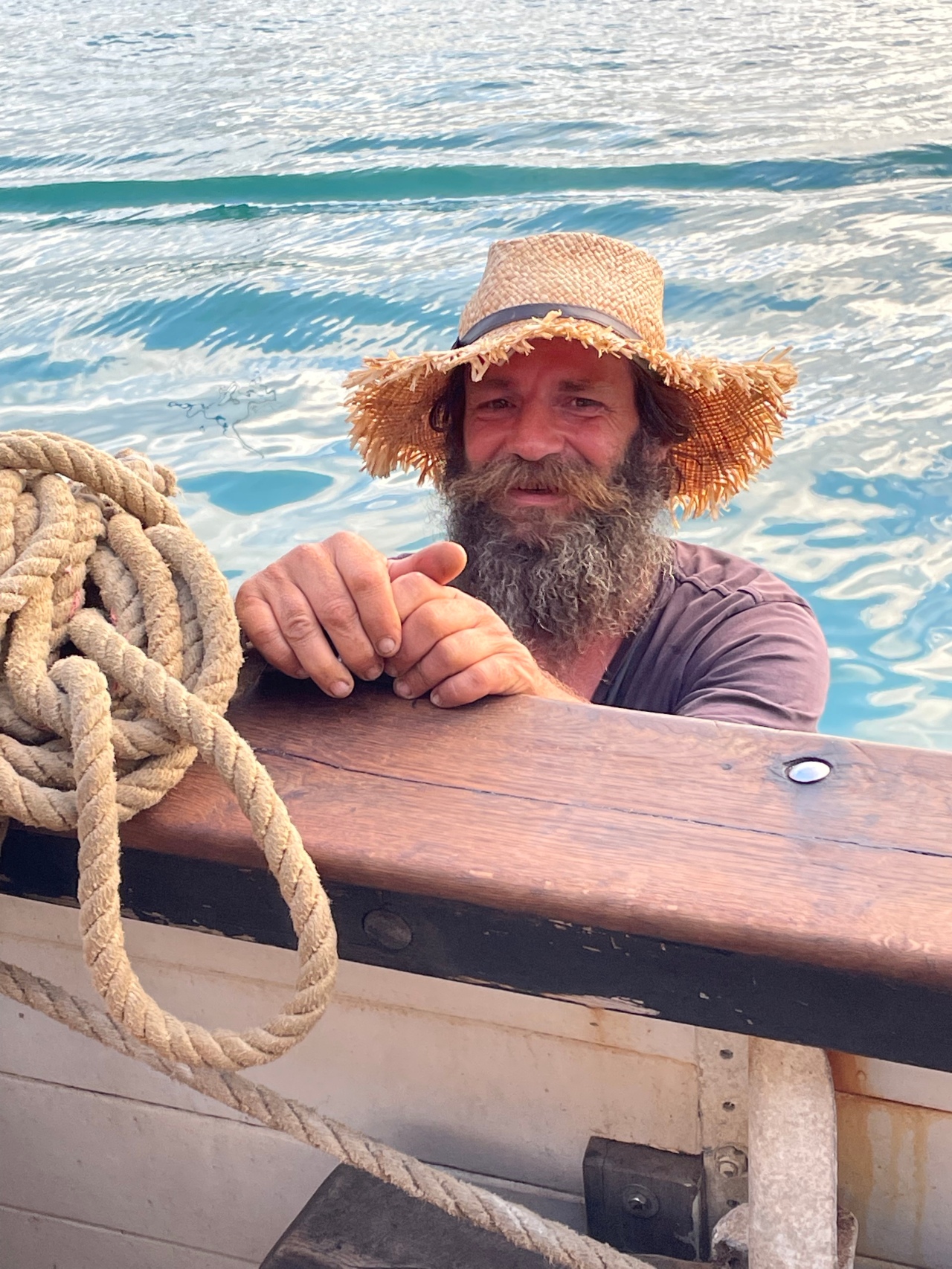 A pirate ship docked at the end of our pontoon here in Le Marin, Martinique.

Well, maybe it wasn’t a pirate ship, but it sure looked like one, and all the more so by the crew wandering up to the pub on shore – barefoot, sunburned, dreadlocks, old hemp style ropes used as belts, salty as in the real kind of salty sailors.

We wandered down the next day to see what the story was, and what a story it is.

Tres Hombres was built by the German Navy in 1943 as an all wood powerboat meant to do coastal surveillance. Wood was chosen as it does not readily show up on radar like a steel vessel. After the war, the boat was more or less left abandoned, and three friends from the Netherlands bought it in 2007 as they were starting a clean shipping movement. They spent a couple of years refitting the boat and turning it into a sailing yacht. To make room for cargo, they removed the engine and so this boat literally sails everywhere they go.

Clean shipping refers to the idea that sail-powered cargo shipping worldwide can be feasible.  Tres Hombres carries 40 tons of organic and traditionally crafted goods like Tres Hombres Rum, cocoa, coffee, honey and canned fish.  They cross the Atlantic from the Netherlands to the Windward Islands, load cargo, then sail up to the Dominican Republic to load more cargo, then back to the Netherlands.

The captain and crew were very personable, giving the locals the opportunity to board the ship, have a look around, sample the rum, and chat with the crew.

Wishing you all fair winds and following seas!